The western area of the Kintyre peninsular in Argyll, Scotland, has a dedicated team of Community Councillors elected by Residents of the locality.

West Kintyre Community Council extends from Whitehouse in the north to Kilkenzie in the south of Kintyre.

The primary statutory purpose of the WKCC is to represent the views of the community to the local authority and other public bodies.

Community Councils are the first or the “grass roots” tier of Statutory representation in Scotland.

The WKCC bridges the gap between the local authority and the community, making sure that the opinions and needs of the local community are evident to the public authorities.

WKCC scrutinise development applications for a range of Industries in conjunction with Argyll & Bute Councillors and the Authorities Administrative Team.

The Community Councillors are not renumerated for the work that that they do, and are also involved in supporting local Civic & Community Regeneration activity through bodies such as: 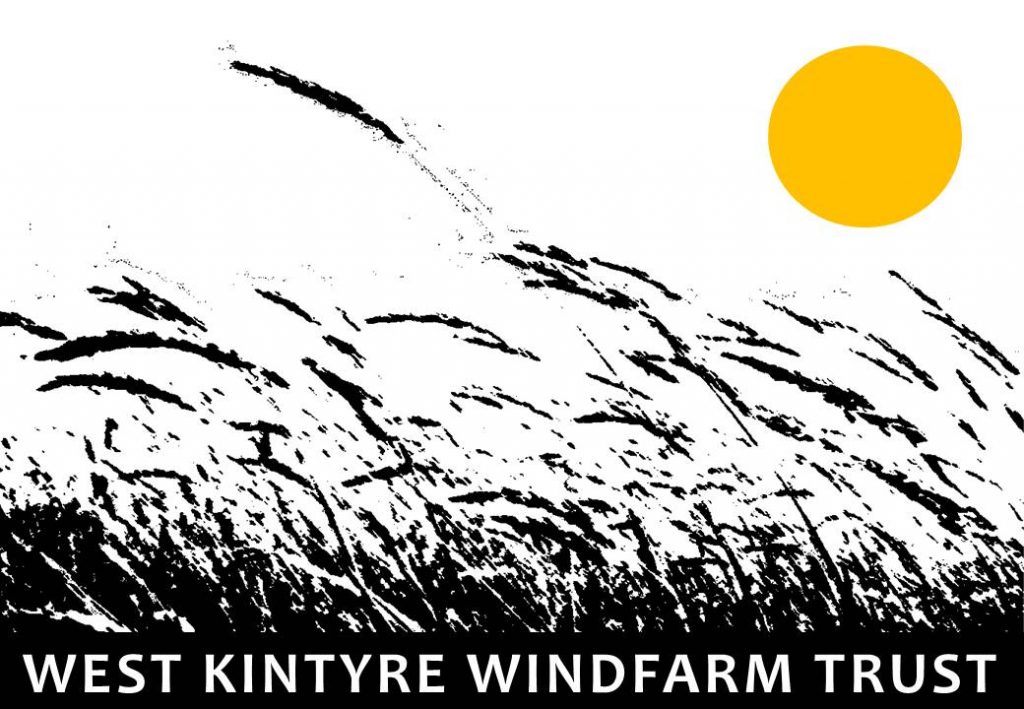 This fund receives community benefit funding from the windfarms of Tangy 1 & 2, Deucharan, Beinn an Tuirc 1 & 2 and is available twice yearly for groups/halls/charities etc operating within the West Kintyre area if they fulfil the criteria set out by the power companies as shown on the application form.

The fund is split between ALI Energy and East Kintyre Community Council with ALI Energy receiving 40% and the remainder split evenly between East and West Kintyre.

The fund is managed by Community Councillors and three members of the public residing in the area.

You can read the minutes of the Zoom Meeting here Minute_220922

This single tier SCIO fund receives funding from the Freasdail wind farm and any future funds from new developments.  It operates the local electricity discount scheme (LED) for all properties  within 5kms of the windfarm that were built and occupied at the time the windfarm went live.  This part of the fund is administered on our behalf by the windfarm company.

The remainder of the fund is split evenly between West Kintyre CC and Tarbert and Skipness Community Trust, except any new funding from new developments.

The West Kintyre fund offers funding for Start-up grants for new small businesses starting up within West Kintyre & Bursaries for anyone under the age of 50 residing in our area  who is studying for a first degree, further education college course or approved apprentiship, and will in future benefit larger legacy type projects that will benefit the community of West Kintyre or tourism facilities within the area.

The fund is advertised once a year. New The links below will become active when the forms for the next round are produced:

Funding is also available via... 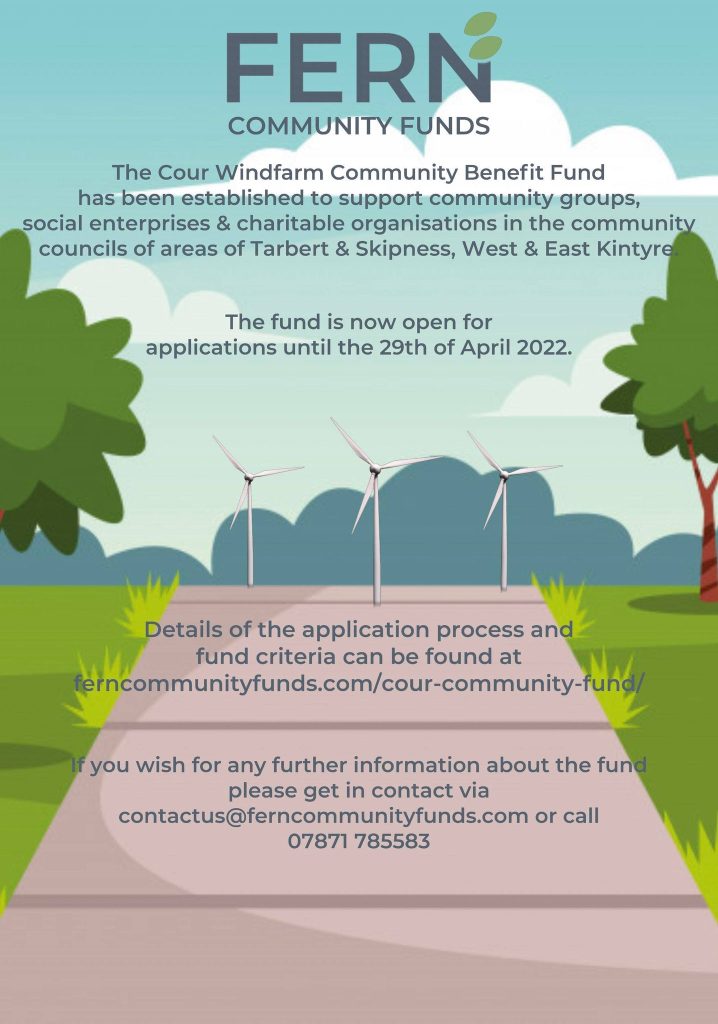 This fund dispenses funds from the Cour windfarm and is available for groups who operate within West Kintyre, East Kintyre and Tarbert and Skipness CC areas.  The fund is a managed fund with 2 members from each CC area sitting on the panel.